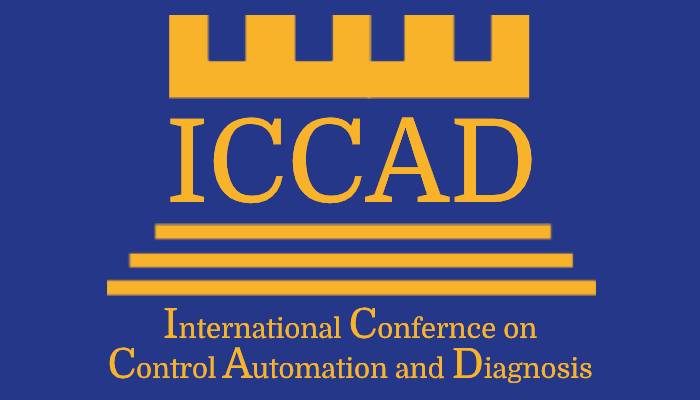 Keynote 1: How to set up Sustainability in maintenance process ?

Today with new technologies and thanks to the generalization of connected sensors, we can access, for a given object, a plethora of information of different kinds in the form of a flow. The question arises of their use, their influence on each other and their synthesis to meet given objectives. For industrial equipment, it is essential to propose a strategy for evaluating energy consumption, a maintenance policy to be applied as well as a self-diagnosis to avoid a production stoppage and protect the environment. In the developments of Industry 4.0, data becomes more and more important but also complex.

They can contribute to decision support on the state of health of a product with a view to possible remanufacturing. This is where you have to make the right decision in a context of sustainable development. Concerning the use of the data thus classified for self-diagnosis, self-prognosis, it will be a question of developing methods of exploitation of the envelopes of normal operation and of evaluating the degree of criticality of the degradation compared to data real-time recorded.

The establishment of a Maintenance Workshop in a company greatly contributes to the minimization of inevitable maintenance costs. Beyond the initial investment, a maintenance workshop when it is well organized in terms of the layout of the various treatment and repair stations and the sizing of the spare parts storage areas, allows, thanks to the pooling of skills and means of minimizing the residence time of materials in the workshop. In addition, it allows the reuse of components in good working order. It is in this context that maintenance contributes greatly to sustainable development. Different axes will be dealt with during this plenary. Zineb SIMEU-ABAZI is Professor at the Polytech Grenoble in the University Grenoble Alpes where she teaches control processing, Automation and Industrial Engineering, dependability and Industrial Maintenance. She holds a Ph.D. in Computer Science and Automation at the Institut National Polytechnique de Grenoble, INPG France on 1987 and an «Habilitation à Diriger des Recherches» HDR in 1998, from Grenoble University, France.

She works on modelling, control and evaluation of dependability in the manufacturing systems. She is particularly interested in the on-line maintenance, diagnostic, recycling and performance evaluation fields. In relation to these topics she took scientific responsibility of French and International projects/groups on e-maintenance.

Keynote 2: Dynamic control allocation (DCA): a perspective on past, current and future developments

The presence of overabundant control inputs, namely, more control inputs than regulated outputs, is a rather common feature in control systems, which is likely to appear more and more often in current and future applications. Actually, if redundant actuators have been classically adopted in safety or mission critical control tasks, the ongoing trend to develop multi-agent, distributed systems (e.g. in collaborative robotic manipulation or multi-drone patrolling, surveillance and rescue) naturally yields systems characterized by a large number of cooperating actuation units, which need suitable orchestration to achieve their overall goal.

The classic approach to deal with this phenomenon has been based on the goal of surviving “input redundancy”, by either “squaring down” the system (e.g. ignoring some inputs) or letting LQR/MPC take care of it through a monolithic, often opaque controller design. On the other hand, achieving high performance, robustness and flexibility in the mentioned novel applications calls for adaptable solutions which can be possibly retrofitted or combined with underlying “baseline” or “low level” controllers and reconfigured online in a transparent fashion.

This talk presents Dynamic Control Allocation (DCA) as a general plug-in architecture to effectively address the above issues, transforming the “problem” of input redundancy into a powerful “feature” of input richness, and the key to enhanced performance in advanced applications. The presentation will comment on some successful applications and will provide a (personal) perspective on the development of DCA, the key underlying ideas and structure and the main robustness and performance issues underlying current and future research. 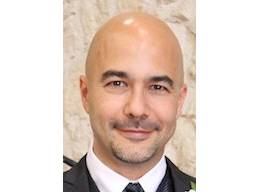 His main research interests include the periodic, multi-rate and robust control of linear systems in the presence of constraints, analysis and synthesis of nonlinear control systems, optimal control and the design of anti-windup compensators. His most recent work has focused on the development of novel dynamic control allocation strategies with advanced features in terms of dynamic optimization, robustness and data-driven design.

Dr. Galeani has published over 150 papers in peer reviewed journals and conference proceedings, and has served as a reviewer and associate editor in several committees; currently, he is an Associate Editor for the IEEE Transactions on Automatic Control and IEEE Transactions on Control Systems Technology, a member of the Conference Editorial Board of the IEEE Control Systems Society and Chair of the IFAC Technical Committee 2.1 (Control Design).

Near-Earth Objects (NEO) are the topic of several research studies, with objects smaller than 1km in size posing the most threats and being the less understood of this scientific domain. The Asteroid Impact and Deflection Assessment (AIDA) mission involves NASA and ESA with the main mission goal to perform and analyze the asteroid deflection using the Kinetic Impactor technique.

The mission target is Didymos-B, a moon of a binary asteroid called Didymos. NASA oversees the Double Asteroid Redirection Test (DART probe), and ESA is responsible for HERA probe, that will measure the Dydimos-B deflection caused by the impact.

The Light Detection and Ranging (LIDAR), the Radar, the Satellite-to-Satellite Doppler tracking, the Seismometer, and the Gravimeter are instruments integrated into HERA spacecraft. Information synergy between the instruments allows the detailed characterization of the asteroid including internal structure. This communication focusses the challenges of developing the LIDAR for the HERA probe. 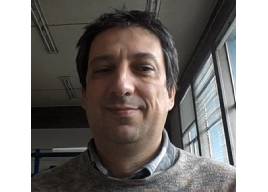 Paulo Gordo was born in Lisbon in 1973. He has worked in the space sector for about 20 years, as a researcher in academy and as optical engineer, project Manager in space industry. He has worked in space multidisciplinary topics covering optics, materials, instrumentation, and space safety. He took a master’s degree o Physics engendering at Faculty of sciences and technology (FCT-UNL) in 1999, afterword’s started to work in research projects in the field of the sputtering and optics, and then followed to PhD.

By 2005 he ended the PhD in Physics engineer covering plasmas cold discharge spectroscopy and thin films. After PhD he went to space industry for 8 years working in space optics (free space optical communications, OGSE for GAIA and S3) and photonics (radiation hard optical fiber amplifiers) and eventually as project manager.

In 2013 he went back to academy (Faculty of Science – University of Lisbon; FCUL) to work on GRAVITY ESO project (IR- multitelescope interferometer). He continued to work in space industry, OMNIDEA, in the fields of satellites propulsion until 2020.

in 2020 he created a Startup, Synopsis Planet, that offer optical engineer services to the space sector. Also, currently as researcher (FCUL) he is: 1) PI of LIDAR instrument of HERA mission and participates in the science team; 2) he is PI of the participant entity FCUL, in H2020 NEO-MAPP (Advanced research in Near Earth Objects (NEOs) and new payload technologies for planetary defence).

Since the early 90s, we have proposed several generations of the CRONE methodology to design robust fractional order based feedback control-systems. The first defines a PID controller whose derivative part is of fractional order and which is particularly effective for systems with uncertain gain. The third generation of CRONE was developed to control systems with different uncertainty models (gain and phase). It uses complex fractional integration order and makes possible to design optimal and robust feedback controllers. The SISO third CRONE control methodology has been extended to MIMO systems.

Since 2016, we have been developing a methodology to design control systems that guarantee both optimal and robust tracking and regulation modes of operation. After an initial robustness analysis of linear MPC (Model Predictive Control), we chose to combine a fractional robust feedback controller with a model-based predictive feedforward controller that includes an optimized preview FIR filter.

After an extension to linear MIMO systems, industrial applications pushed us to focus on nonlinear systems. We now propose a control scheme based on a feedforward NMPC (nonlinear MPC) that cooperates with a linear robust feedback controller. This strategy has been evaluated to control several SISO and MIMO nonlinear systems that will be presented.

Patrick Lanusse was born in Bordeaux, France, on January 12, 1966. Since 1990, he has been part of the CRONE team of the IMS laboratory (Bordeaux Institute of Technology, CNRS and University of Bordeaux) where he works on Robust Control, Fractional Order Controllers and more specifically on CRONE Control. He got his PhD degree in 1994 on the use of a complex order fractional operator to design robust control systems. Since 1995, he has been an associate professor of control theory and obtained his Habilitation in 2018.

His research focuses on CRONE control to increase performance without decreasing robustness. He developed the CRONE control system design toolbox for Matlab which has been free to download since 2010. Through the supervision of PhD students, he has collaborated with many industrial companies. Today, he works particularly on the development of methodologies to design preview and optimal control systems. 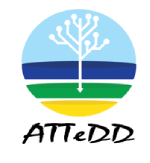 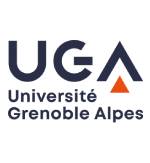 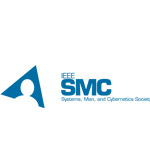 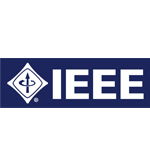 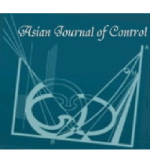 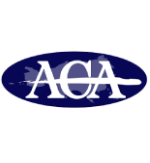 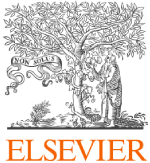 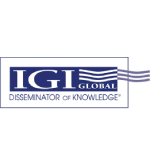 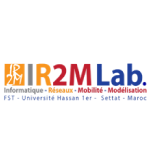 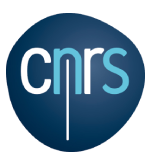 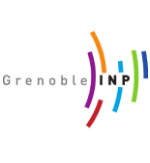 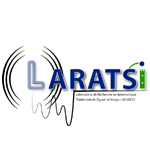 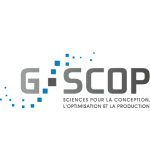 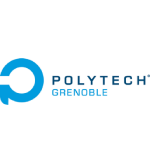 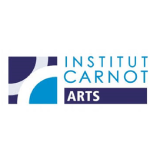 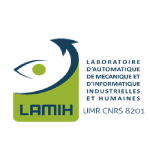 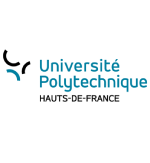